Joshua Greene: Betrayal of the Rule of Law in Nazi Germany 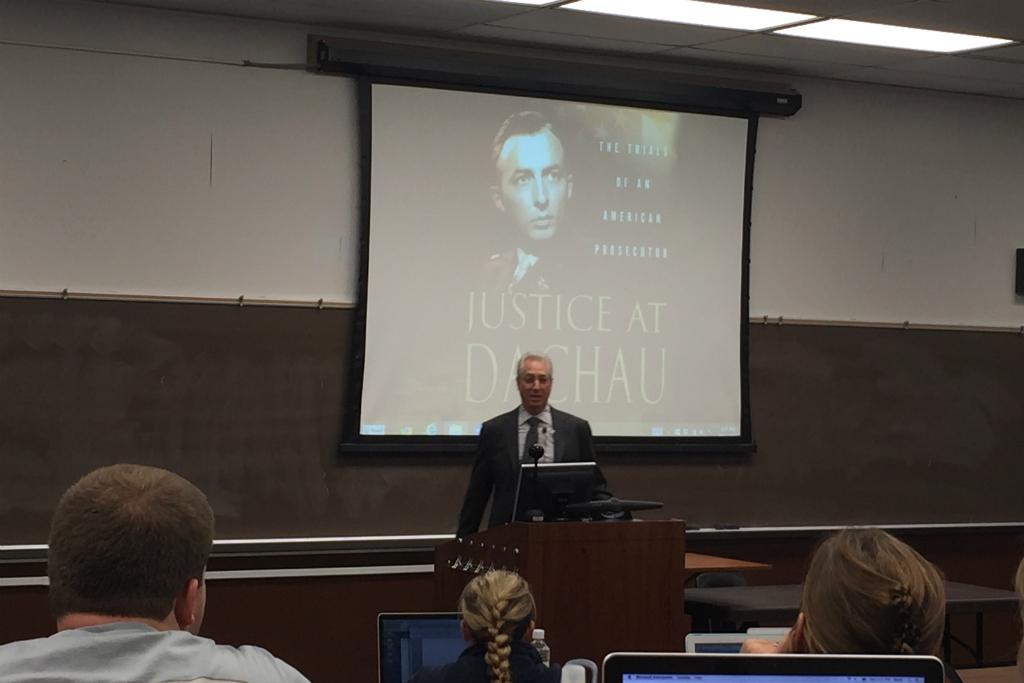 This talk will discuss Hitler’s rule and his totalitarian dictatorship.  In 1933, less than a month after he was elected chancellor, Hitler used the pretext of a fire in the Reichstag building to suspend constitutional law in Germany, aggregating unlimited judicial authority in his government to himself.  After the fire, he proclaimed: “We have to provide certain temporary measures to stem this tide of terrorism.”  When those charged with defending the rule of law betray that trust, the victory of tyrants is assured.  Greene will look at the rare confluence of events that caused a highly sophisticated, highly motivated, legal and judicial system to become complicit with a totalitarian dictatorship bent on achieving racial purity and territorial conquest.  Hitler was given enormous emergency powers, granting him license to do almost anything he wanted, in direct contravention of a democratic state. Ten thousand German lawyers and judges thereupon took an oath of personal loyalty to him, not to the constitution — the very antithesis of the Rule of Law.

Mr. Greene is an adjunct professor of religion at Hofstra University and Fordham Lincoln Center. The New York Times describes him as “a storyteller who traces journeys to enlightenment.” In 1982, after returning from twelve years in Hindu monasteries, he produced a series of Emmy award nominated children’s films for The Disney Channel. In 1995 he became Director of Programming for Cablevision, the nation’s fifth largest cable provider. From 1999 to 2002 he served as Senior Vice President at Ruder Finn, New York’s largest public relations firm, where he advised faith communities on their role in peacekeeping initiatives.