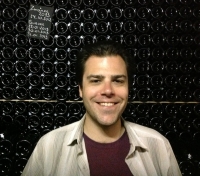 Professor Epperly joined the faculty at USC in 2013. He earned his Ph.D. from the University of Washington, where he was the Titus Ellison Fellow for Russian, East European, and Central Asian Studies. He teaches courses on comparative politics, political institutions, and law and courts.

Professor Epperly’s research and teaching interests focus broadly on the rule of law in comparative politics and American political development. Specifically, he is interested in how legal institutions can constrain powerful political actors, and the unfortunate ways law and violence can be used to violate rather than uphold democracy and the rule of law. He has published work in numerous journals, and his first book The Political Foundations of Judicial Independence in Dictatorship and Democracy was published by Oxford University Press. In 2018, his excellence in teaching was recognized by receipt of the Michael J. Mungo Undergraduate Teaching Award.