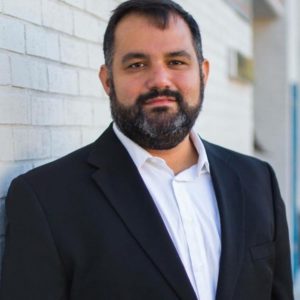 Anthony Triolo is Strategic Initiatives Director at the Rule of Law Collaborative (ROLC), which he joined in November 2020. He returns to ROLC after serving as the Senior Program Officer at Pathfinders for Peaceful, Just and Inclusive Societies where he led efforts to increase access to justice at the national level on a global scale. He also served in senior roles at various United Nations organizations and international organizations in Rome, Italy; The Hague, Netherlands; and Freetown, Sierra Leone.  His expertise includes transitional justice, sustainable development, access to justice, and external/government relations.

He has worked for several international criminal tribunals affiliated with the United Nations, such as the Special Court for Sierra Leone and the Special Tribunal for Lebanon. He served as an adviser to the Registrar of both Tribunals, an official appointed by the Secretary-General of the United Nations, on matters relating to external relations, political affairs, and fundraising. He also served as the Head of the New York Office for both organizations, liaising with the group of states responsible for the oversight of the Tribunals.

As the Senior Associate for Policy and External Relations at the International Center for Transitional Justice, he was the focal point for all government relations for the organization.  He also engaged in several policy initiatives including organizing high-level conferences on matters pertaining to international criminal justice.

Spending four years in Sierra Leone, he worked on several transitional justice initiatives. At the Truth and Reconciliation Commission for Sierra Leone, he served as an adviser to the Commission writing several chapters of the final report that was submitted to the Government of Sierra Leone on matters pertaining to reparation, reconciliation and governance. As the Interim Director of the Sierra Leone Court Monitoring Program, now known as the Center for Accountability and Rule of Law, he helped initiate an NGO which monitored domestic courts and institutions.

He holds a B.A. in Political Science and History from Yale University. He is also co-author of a chapter published by Oxford University Press in a book entitled International Prosecutorsin June 2012. The nearly 100-page book chapter focuses on resources for international prosecutions and the politics of funding international criminal tribunals.