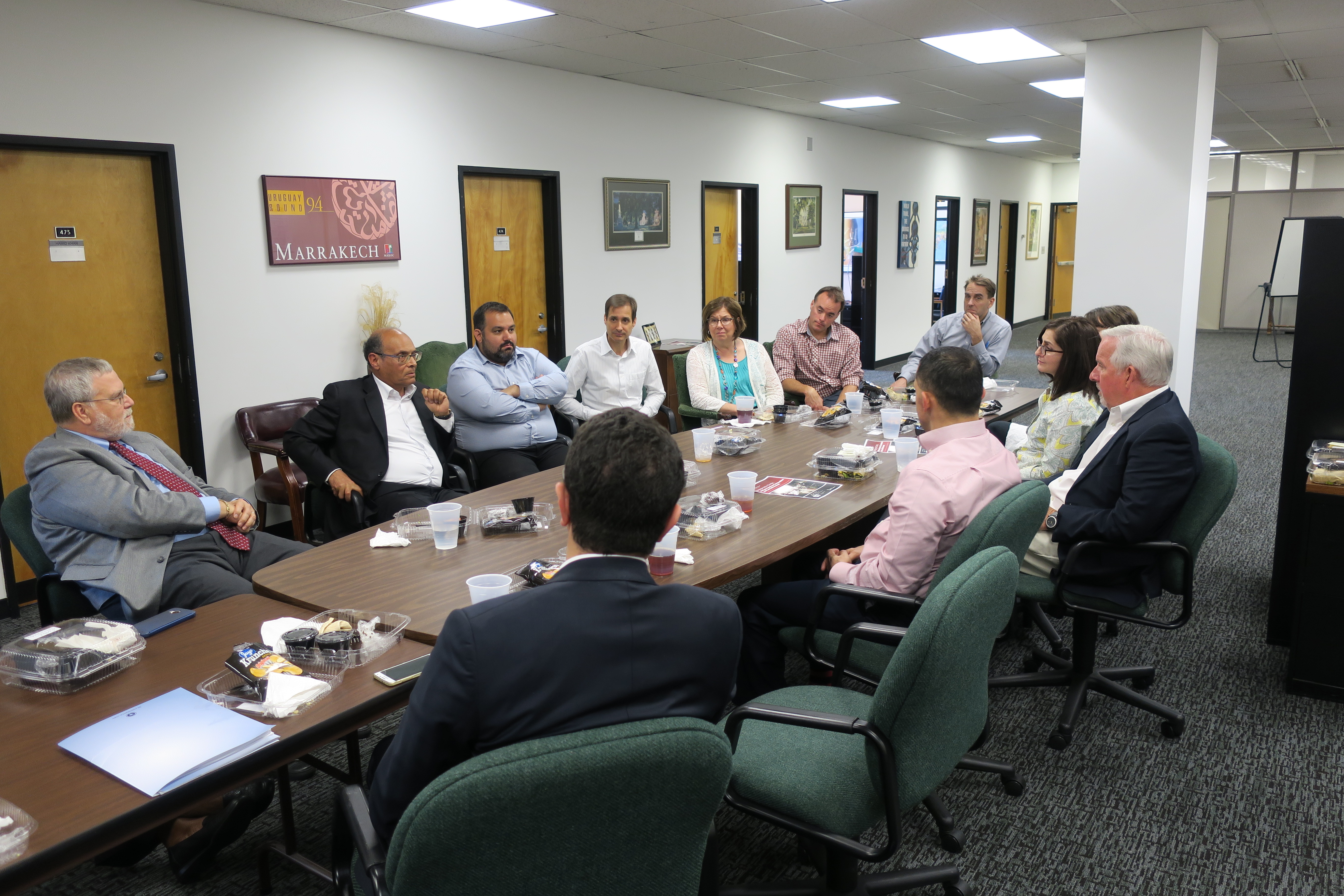 On March 24, ROLC a group of ROLC staff, Associates, and Core Faculty met with former President of Tunisia, Moncef Marzouki, for an informal discussion over lunch. Those at the lunch had the opportunity to hear from former President Marzouki about his rule of law reform efforts during his time in office, as well as to ask him questions in a small, intimate setting.

The lunch came as part of a week-long series of events involving former President Marzouki at the University of South Carolina, such as a panel discussion on modern constitution making that occurred earlier in the week.