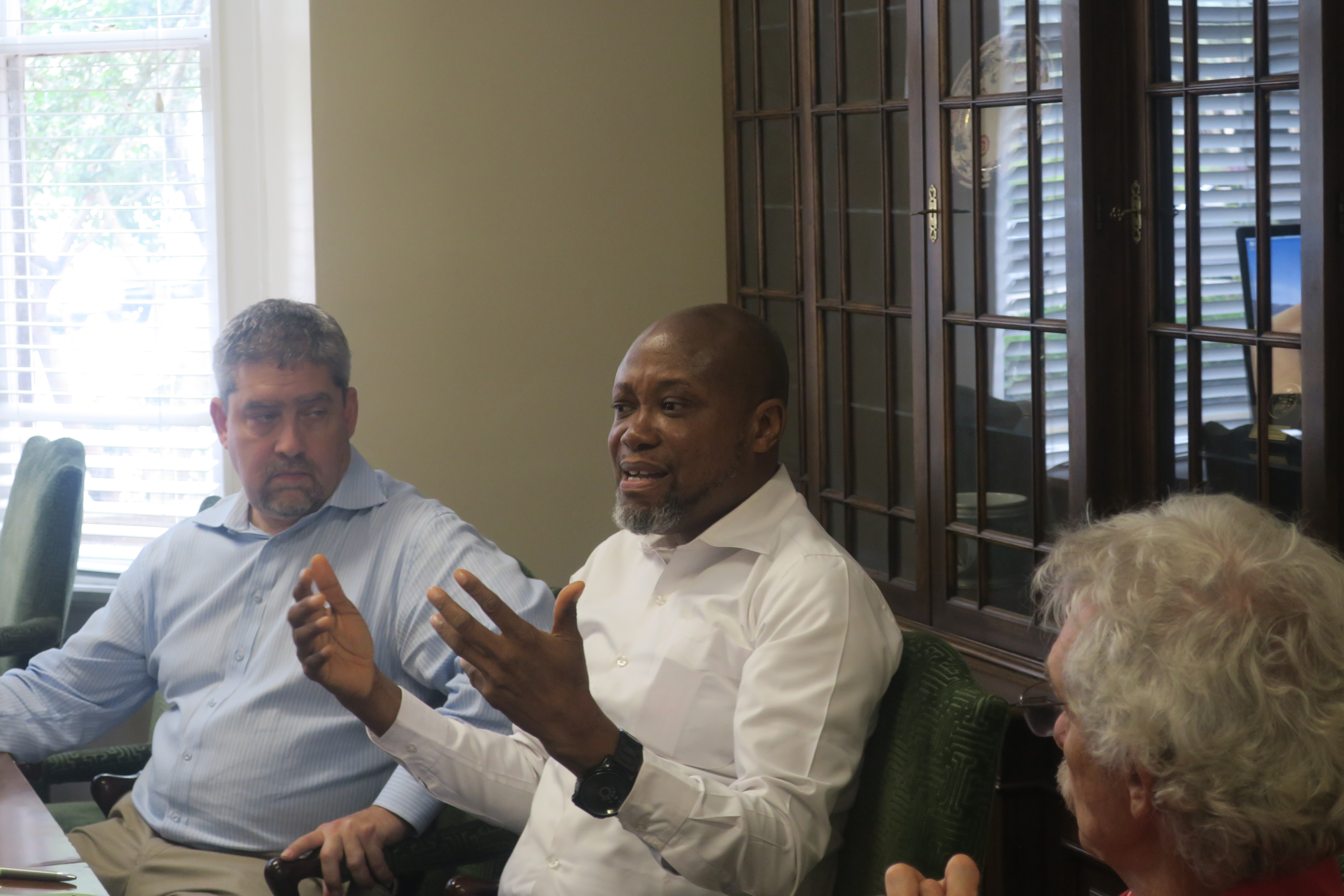 On Monday, October 7, 2019, ROLC Associates, Core Faculty, staff, and student workers participated in a luncheon with Mr. Seth Oteng, Founder and Executive Director of the Youth Bridge Foundation (YBF), based in Accra, Ghana. A leader in youth engagement, development, and governance, Mr. Oteng has worked with youth all over the continent and the diaspora, through his work with the African Youth and Governance Convergence (AYGC).

During the luncheon, Mr. Oteng discussed his commitment and motivation for working with youth. Mr. Oteng noted that although the continent of Africa is one of the youngest populations in the world–he reported that 80% of the population is under 35 years of age and by 2050 will make up ⅓ of the global economy–they are often overlooked, perceived as subversive, and marginalized from policy. Recognizing this incomplete narrative, Mr. Oteng, through YBF and the AYGC, hopes to bridge the gap between youth and policymakers. For youth, his goal is to provide mentorship, guidance, and leadership training in order to have the tools to challenge and question issues of access, security, and justice. With regard to policymakers, his goal is for them to consider the voices and actions of youth as valid.

Mr. Oteng also discussed the benefits of the AYGC and the impactful work the YBF has done through film. When young people from over 45 countries are brought together to discuss governance, democracy, access, and security, there is a sense of community that develops that provides added benefit for the future. Mr. Oteng argues that the Convergence works actively to reduce continental conflict due to this camaraderie and support. Through film, the YBF in partnership with the Open Society Initiative for West Africa, has developed a television series called “Puzzled,” which targets social issues in provocative ways. Mr. Oteng has done substantial work on the continent and recognizes there is much to do, but his continued motivation to hold government accountable can be summarized by his concluding remarks: “passion is what drives us.”