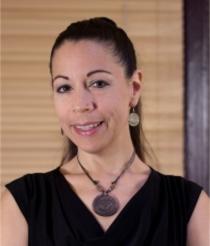 Dr. Lewis a tenure-track Assistant Professor at the University of South Carolina – Columbia. This position is joint between the Department of Anthropology (housed) and the Institute for Southern Studies. In 2012, she earned her PhD at the Department of Anthropology at the University of North Carolina- Chapel Hill. This followed two degrees in economics (B.A. University of Michigan, M.A. Wayne State University). She then was chosen as the Andrew W. Mellon Postdoctoral Fellow at the Center for the Americas at Wesleyan University–Middletown, CT in the fall of 2012. Dr. Lewis is an enrolled citizen of the Cherokee Nation.

Dr. Lewis’s research areas include: economic anthropology, indigenous rights, economic justice, globalization, colonialism & ‘post’coloniality, political economy, sovereignty, economic stability, public anthropology, tribal economic development, and American Indian studies. Her current work is in tribal economic development for Native Nations in the United States and, consequently, issues of sovereignty related to—and based upon the necessity of—economic stability. Specifically, her research is focused on small businesses located on the Qualla Boundary of the Eastern Band of Cherokee Indians of North Carolina. Her fieldwork took place during the height of the Great Recession and reveals that small businesses provide a crucial impact on reservation economies, especially during a time of economic crisis.