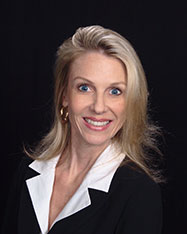 Professor Barbieri’s general research focuses on the intersection between international political economy and conflict studies. She is particularly interested in the impact of globalization on conflict, including civil and interstate war, military disputes, terrorism, and state repression. She also examines various dimensions of international trade and the impact that they have on societies and relations between societies. Professor Barbieri is the author of The Liberal Illusion: Does Trade Promote Peace? (Ann Arbor: University of Michigan Press, 2002), the co-editor (with Gerald Schneider and Nils Petter Gleditsch) of Globalization and Armed Conflict (Lanham, MD: Rowman and Littlefield, 2003), and author (or co-author) of a number of articles and book chapters on trade and conflict, which have appeared (or will appear) in such outlets as Journal of Peace Research and Security Studies.

Professor Barbieri is currently working on a book project that assesses the effectiveness of the military’s Money as a Weapons System’s (MAAWS) programs for achieving the U.S.’s  political and military objectives in Iraq and Afghanistan. MAAWS was a central feature of the U.S.’s Counter- Insurgency (COIN) Strategy.