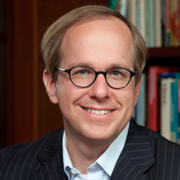 Thomas Crocker joined the law faculty in the fall of 2005. He teaches Constitutional Law, Criminal Procedure, Free Speech and Democracy, National Security and the Constitution, as well as seminars in Jurisprudence and Law & Literature.

Professor Crocker graduated from Yale Law School, where he was Book Reviews Editor of the Yale Law Journal and an editor of the Yale Journal of Law & the Humanities. After graduating from law school, Professor Crocker clerked for Judge Carlos F. Lucero on the United States Court of Appeals for the Tenth Circuit. Prior to following his interest in law, he taught philosophy, graduating with a Ph.D. in philosophy from Vanderbilt University, and an M.A. in philosophy from the University of Wales (U.K.). He was a Visiting Assistant Professor in philosophy at St. Lawrence University, a teaching fellow in the Department of Philosophy at Vanderbilt, and a teaching assistant in the Department of Philosophy at Yale.

Professor Crocker spent the 2010-11 academic year on fellowship as a Visiting Scholar at the American Academy of Arts & Sciences in Cambridge, MA. From May 2011 until December 2011, he was a Senior Fulbright Scholar in Germany at the Johann Goethe Universität, Frankfurt am Main where he was also a fellow of the university’s Forschungskolleg Humanwissenschaften (Institute for Advanced Studies in the Humanities) and a participant in the Formation of Normative Orders Cluster of Excellence. While on fellowship he worked on a book project addressing constitutional governance and emergency powers entitled Overcoming Necessity: Emergency, Constraint, and the Meanings of American Constitutionalismto be published by Yale University Press.

Professor Crocker’s scholarly writings in law have appeared, or are forthcoming, in the UCLA, Boston College, Washington University, Texas, Fordham, SMU, and American University Law Reviews, as well as in the peer-reviewed journal Law & Literature. In two articles, “Torture, with Apologies,” in the Texas Law Review and “Overcoming Necessity: Torture and the State of Constitutional Culture,” in the SMU Law Review, he focuses on the problems created by the practice of torture for rights-protecting constitutional commitments as well as separation of powers principles. He criticizes consequentialist justifications for torture in supposed emergency situations, arguing that the Constitution does not invite utilitarian tradeoffs between national security and liberty. In his article, “Displacing Dissent: The Role of Place in First Amendment Jurisprudence,” appearing the Fordham Law Review, Professor Crocker argues that because where we speak is often just as important as what we say, increased government efforts to restrict the location of speech threaten to undermine First Amendment guarantees. He also contributes to theoretical debate over constitutional interpretation in his article, “Envisioning the Constitution,” which was published in the American University Law Review.

Developing a framework for revising Fourth Amendment jurisprudence in light of Lawrence‘s protection for interpersonal liberty, “From Privacy to Liberty: The Fourth Amendment After Lawrence,” appearing in the UCLA Law Review, proposes a way to avoid the narrow protections afforded privacy by the Supreme Court’s third-party doctrine by focusing on due process safeguards for liberty. An earlier version of this article was selected for presentation at the 2009 Law & Humanities Interdisciplinary Junior Scholars Workshop held at Georgetown Law Center.

Professor Crocker remains generally interested in theoretical issues at the intersection of law and philosophy.