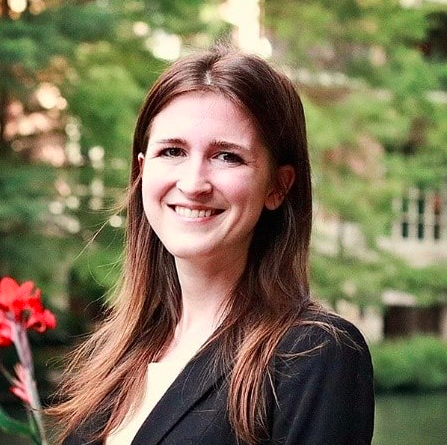 Abby Natividad is Program Officer with the Rule of Law Collaborative (ROLC), which she joined in November 2020. Before joining ROLC, she was a Research Specialist for Justice + Security in Transitions, where she focused on drug flows, forced migration, organized crime, resource-driven conflict, and security sector reform. She helped develop atrocity prevention training materials for the U.S. Holocaust Memorial Museum and has worked with the World Bank on issues involving alternative dispute resolution. She also has experience as an immigration and civil litigation attorney and clerked for the Thirteenth Judicial Circuit of Virginia.

In law school, she was a Graduate Research Fellow for the Center for Comparative Legal Studies and Post-Conflict Peacebuilding (CLSPCP). Her work on post-conflict legislation and constitution drafting was used by groups such as the Ukrainian Constitutional Commission and the U.S. Agency for International Development. Through the CLSPCP, she resided in Pristina, Kosovo, where she assisted the Democracy for Development Institute. She was also a Research Assistant for the U.S. Institute of Peace, where she co-authored a memorandum on freedom of information as an anticorruption tool for the International Network to Promote the Rule of Law.