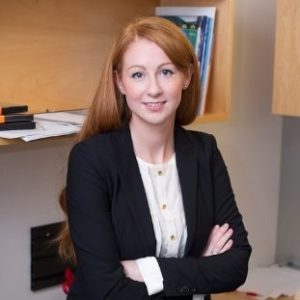 Fiona Mangan is Visiting Fellow with the Rule of Law Collaborative (ROLC). She is the Director of Justice + Security in Transitions (J+ST), which focuses on researching justice and security concerns in conflict, post-conflict, and transitional environments. She previously served as Country Representative in Central African Republic for the United States Institute of Peace (USIP), following four years with USIP’s Rule of Law Center, and the International Network to Promote the Rule of Law (INPROL). She has worked at the Stimson Center where her research involved a multi-country study on the impact of police, justice, and corrections reform work in UN peace operations. She has also worked for the International Policy Division at the Irish Department of Justice, Independent Diplomat in New York, Lawyers Without Borders in Liberia, and the International Stability Operations Association in Washington, D.C. In addition to rule of law work, she has served as an international election observer for the Carter Center in South Sudan and for Progressio in Somaliland.

She holds an M.A. in Conflict, Security, and Development from King’s College in London, an LL.M. from Columbia University in New York City, and a law degree from University College Dublin in Ireland. She is an accredited mediator and holds a post-graduate diploma in project management.