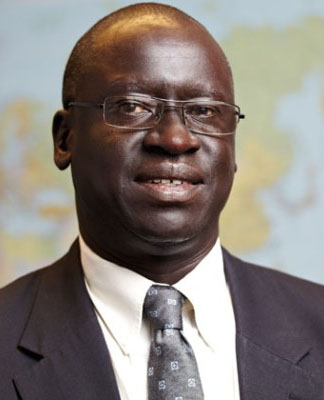 Ibrahim J. Wani is Senior Fellow with the Rule of Law Collaborative (ROLC), where he brings over 30 years of experience working in international organizations and NGOs on rule of law issues, including nearly a decade in senior global leadership positions. He retired from the United Nations in 2015, where most recently he served as Director of the Human Rights Division at the UN Mission in South Sudan (UNMISS) and representative of the UN High Commissioner for Human Rights in the Republic of South Sudan. As the Director of the UNMISS Human Rights Division during the period of crisis in South Sudan that started in December 2013, he led the team that monitored, investigated and reported on the human rights situation in the country, and served as the principal adviser on human rights to the Special Representative of the UN Secretary General. From 2005 to 2013, he served as Chief of the Africa Branch and Director for Research and the Right to Development in the Office of the UN High Commissioner for Human Rights in Geneva. He was previously the Eastern Africa Regional Representative of the UN High Commissioner for Human Rights based in Addis Ababa, Ethiopia, as well as Representative to the UN Economic Commission for Africa and to the African Union between 2002 and 2005. Prior to joining the United Nations, he was a Professor of Law at the University of Virginia and the University of Missouri Law Schools where he taught courses in public and private international law, conflict of law, immigration law and human rights. Subsequent to his teaching career, he served with the World Bank, working on capacity building and institutional reform issues in Africa, after which he headed the Africa Program at the International Human Rights Law Group (now Global Rights) where he oversaw the implementation of a wide-ranging program to enhance the institutional capacity of human rights organizations across Africa. He was also the Academic Dean at the Africa Center for Strategic Studies in Washington, D.C., from where he joined the United Nations. He started his career as Foreign Service Officer in the Diplomatic service in Uganda.

He received S.J.D. and LL.M. degrees from the University of Virginia School of Law, and his LL.B. from Makerere University (Uganda).