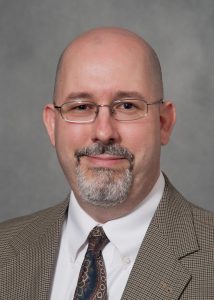 He most recently worked as the Business Manager in the University of South Carolina School of Law, serving there since 2013. While there, he managed a variety of personnel and financial matters. He also received several awards, including the ADVOCATE award and the Outstanding Staff award for Spring 2018.

He has been with the University since 2008, having previously served in the Deductions area of the Payroll Department.

He holds an M.B.A. from Francis Marion University and a B.A. in Political Science with a minor in Spanish from the University of South Carolina.