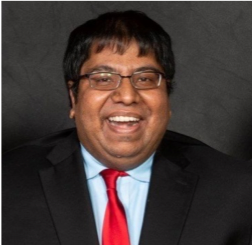 Atif Choudhury is Program Manager with the Rule of Law Collaborative (ROLC), which he joined in February 2021. Before joining ROLC, he was a Senior Program Associate with the Carter Center’s China Program, where he managed programming and conducted research on U.S.-China relations and Africa-U.S.-China issues.

He has worked on projects involving rule of law development, international elections, post-conflict transitional justice, and maritime law. Most recently, he independently developed two proposals on Libya de-confliction and CVE in the Sahel, and he was invited to present his working paper on Gulf of Guinea piracy at a televised forum organized by CGTN Think Tank, as well as the 2020 Development Studies Association Ireland conference. In law school, he drafted an elections law briefing in Cambodia; a report on the Bangladeshi judiciary; and transitional justice reports in Sudan, South Sudan and Ethiopia. As a Tetratech DPK Global Development Fellow, he worked with the Timorese Ministry of Justice to draft a report on their community legal education initiatives, and worked with the Judicial Services Monitoring Programme to help draft the first state-of-legal aid report in Timor-Leste.

He is a blogger and writer whose works have been featured in The Oxford Political Review, The Diplomat, The Carter Center’s U.S-China Perception Monitor, the Huffington Post, the Dhaka Tribune, William and Mary Law School’s the Comparative Jurist, the Vanderbilt Political Review, and the Advocates for International Development Student Blog. He holds an LL.M. in Public International Law from Queen Mary University of London, a J.D. from William and Mary Law School, and a B.A. in Political Science and Medicine, Health & Society from Vanderbilt University.