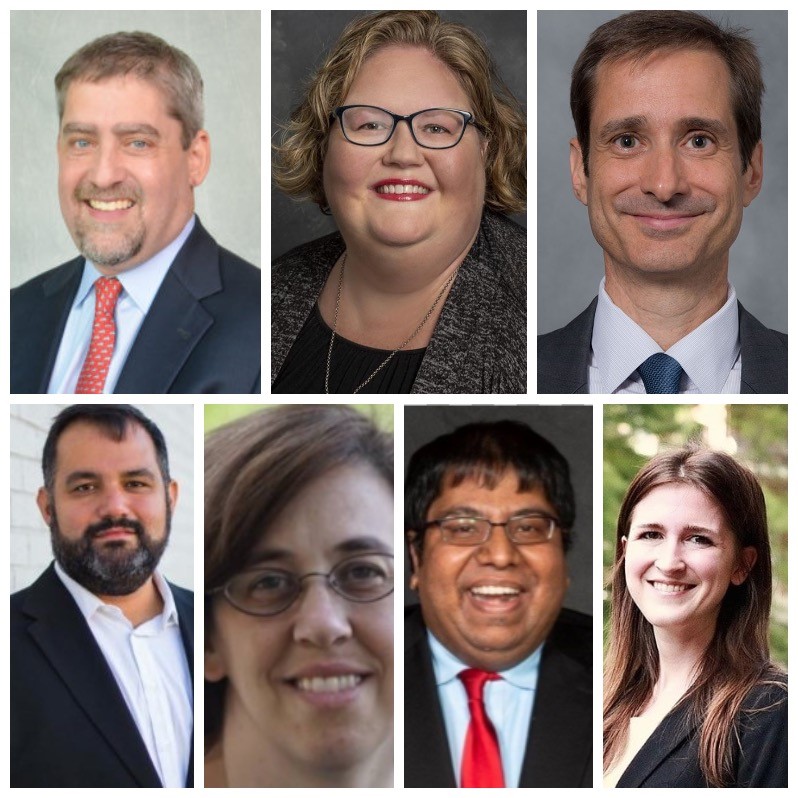 We are excited to share a number of major developments for the team at the Rule of Law Collaborative (ROLC) at the University of South Carolina.

Beginning in January 2021, ROLC Executive Director Joel Samuels has been appointed as Interim Dean of the College of Arts and Sciences. Since 2015, under Professor Samuels’s leadership, ROLC has expanded its number of programs nine-fold and quintupled its number of staff. Among other things, Professor Samuels was instrumental in the success of the Justice Sector Training, Research, and Coordination (JUSTRAC) program, a $5-million State Department-funded program that ran from 2014-2019 and established ROLC as a leader in training for federal government personnel engaged in justice sector and rule of law reform work. Through the JUSTRAC program, ROLC established key working relationships with various offices and bureaus of the State Department, the U.S. Agency for International Development, the Department of Justice, and others.

While Professor Samuels will continue to serve as Executive Director of ROLC, Karen Hall and Steven Austermiller have been appointed as Deputy Executive Directors and will oversee ROLC’s day-to-day activities. Professor Hall’s career includes a decade with the State Department’s Bureau of International Narcotics and Law Enforcement Affairs, as well as serving as Associate Professor and Director of the LLM program in Democratic Governance and Rule of Law at the Ohio Northern University Pettit College of Law. Professor Austermiller was previously ROLC’s Senior International Development Expert and brings sixteen years of work in the field managing rule of law programs in a variety of countries and regions around the world. Austermiller also teaches Alternative Dispute Resolution at the UofSC School of Law.

Ayer brings a wealth of expertise in anti-corruption programming and was most recently a Team Leader for the Mobilising Data for Anti-Corruption program. Previously, she was USAID’s Senior Governance and Anti-Corruption Advisor, as well as an Associate Social Affairs Officer for the UN Economic and Social Commission for Asia and the Pacific. In addition, she previously served on the Board of Directors of the Open Government Partnership. Triolo, who has rejoined ROLC after serving previously as Senior External Relations Officer, brings extensive knowledge and experience in transitional justice issues and external stakeholder relations. Previously, he served as the Senior Program Officer at Pathfinders for Peaceful, Just and Inclusive Societies, where he led efforts to increase access to justice at the national level on a global scale. He has also worked as an adviser to the Registrar of both the Special Court for Sierra Leone and the Special Tribunal for Lebanon, as well as a Senior Associate for Policy and External Relations at the International Center for Transitional Justice. In addition, he served as an adviser to the Truth and Reconciliation Commission for Sierra Leone, writing several chapters of the final report that was submitted to the Government of Sierra Leone on matters pertaining to reparation, reconciliation and governance.

Natividad has worked on post-conflict security and justice issues and has experience working with the World Bank and the U.S. Holocaust Memorial Museum. Through William & Mary Law School’s Center for Comparative Legal Studies and Post-Conflict Peacebuilding, she worked on development issues in Kosovo, and she was previously a Research Assistant for the United States Institute of Peace. Choudhury was previously a Senior Program Associate with the Carter Center’s China Program. Prior to that, as a Tetratech DPK Global Development Fellow, he worked with the Timorese Ministry of Justice to draft a report on their community legal education initiatives, and he worked with the Judicial Services Monitoring Programme to help draft the first state of legal aid report in Timor-Leste.

These new team members will support a range of existing and new projects, including new activities to engage in rule of law reform in Mongolia, Sri Lanka, Ukraine, and across West Africa, among other places. ROLC is excited to continue to grow at a key moment when the rule of law is at the center of conversation as the linchpin of a state’s responsibility to its citizens throughout the world.